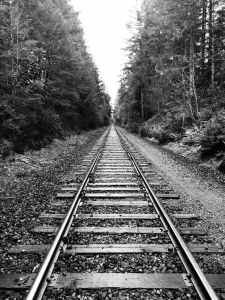 Photo by Thomas Craig on Pexels.com

“The new town, called Vancouver, will no doubt be of some detriment to Port Moody”

This quote, comes from the 1887 BC Directory’s introduction to Port Moody, the city that had its designation as the terminus for the national railway pulled out from under it that year, in favour of Vancouver.

Rampant speculation, investment and enthusiasm ran high in the few years prior as Port Moody prepared for the onslaught of growth and investor interest that would come with the rail terminus.

But a syndicate of the CPR, headed by CPR Vice-president William Van Horne negotiated a deal with Premier William Smithe  to bring the terminus to Granville (later Vancouver) in exchange for 6000 acres of land.

Interestingly, title to this land went not to the company, but to two of its board members, Donald Smith and Richard Angus.

And you have to be suspicious when, a few years later, Smith and Angus, along with other Victoria government officials, businessmen, and politicians earned spectacular profits on real estate parceling and selling of that land.

This is an important piece of Vancouver’s earliest settler history. The speculative nature of real estate profiteering from the 1880s  established much of our local politics and business interests to this day.

Ironically, the world view that engendered this display of greed and avarice entirely dismissed any First Nations claims to this land in the first place.

In the novel I’m working on, set in Vancouver 1884-1913, I’m exploring these and related issues from a young settler woman’s perspective.

I can’t tell you how much I love the old directories to get a snapshot of the moment from that time’s perspective and countless “reading between the lines” possibilities that they provide.

I consulted the early BC Directories to learn more about Port Moody when one of my characters wants to get out of Granville (later Vancouver) because he can’t stand the boredom and backwardness of it. I have him weighing the pros and cons of moving to New Westminster or Port Moody in the months before the final CPR announcement in favour of Vancouver.