Another interesting collection within the British library’s sound archive are recordings of childrens’ games and songs made by Iona Opie and her husband Peter between 1969 and 1983, the Opie collection.

The Opie’s dedicated their working lives to the documentation of children’s play, folklore, language and literature.

They also published several influential works, most notably The Lore and Language of Schoolchildren (1959).

Recordings are searchable by British county using an alphabetical drop-down menu, or by the name of the interviewer or interviewee.

More from the British Library Sound Archives that I wrote about in last week’s blog post.

Under the BBC Voices project, you can listen to speakers from all the counties of Britain to hear how they pronounce words in the early 21st century – and what words are in their current lexicon.

I took a quick listen to the people from Cornwall – because I’ve heard that people from that region have a strong accent that is difficult for outsiders to understand (though I didn’t find that from what I listened to – local accents are becoming less distinct with the movement of people from different regions). I also listened to speakers from West Yorkshire because that’s where the protagonist of my historical novel comes from. 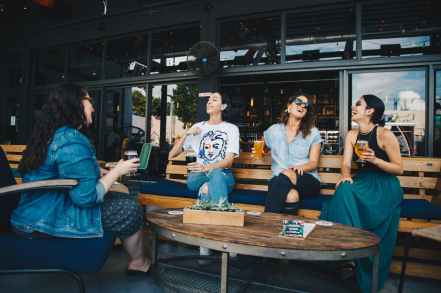 Photo by ELEVATE on Pexels.com

There are further recordings of accents and dialects on Sounds Familiar, which is an interactive, educational website with 78 extracts from recordings of speakers from across the UK and over 600 audio clips that illustrate changes and variations in contemporary British English.

More about the audio libary holdings next time.

It was a thrilling discovery for me to find an article a couple of days ago, about a real man who had the same thing happen to him as my novel’s character Ron – namely being pressed  (forced) into the service of the navy.

I was researching the town of Androssan, in southwest Scotland where Ron came from to deepen my understanding of his early years, when I came across a news-article from 1899 about the town’s harbour.

The article was in a section of a local historical society website called, “This day in Androssan” that posts historical news-stories from Androssan for every day of the year.

And right below the article about the harbour was a short biographical piece from 1899 about the death of the city’s oldest resident, William Robertson who lived to be 97 years old.

But the part that really grabbed me was that at the age of 16, Mr Robertson was taken by a press-gang.

A press-gang was a gang of naval men who would hang around pubs in harbour towns in the 18th and 19th centuries, plying unsuspecting victims with liquor and shillings.

When the press-gangs had their victims good and drunk, they’d strong-arm them onto a ship waiting for the tide to change to work for the crown.

They Royal navy resorted to this method of recruitment because few went into the navy by choice. There weren’t many who were interested in a life-time of service onboard a naval ship, becoming involved in battles far from home, and earning low wages that life in the royal navy promised. Who would?

Many of those pressed into service never saw their homes and families again, though abandonment was common despite the penalty of execution or torture if the fugitive was caught.

Although press-gangs had largely been eliminated or outlawed by the time of my story’s setting, it was still in occasional use and I will plead artistic license to stretch the date so that I can work it into my story.

And seeing William Robertson’s obituary gave me evidence that this indeed happened in that region where my character lived, and at about that time.

But more than anything, it opened up a well of emotional feeling that will help me imagine Ron’s experience, an almost transcendent connection to a real-life person.

Maybe that’s why I enjoy finding out about my own local history so much. It gives me a direct link to people who really lived here where I do. To people who walked the same streets, went to the same parks, withstood the same weather, and marveled at the same beauty as I do, whether they were figures of notoriety, or rows of nameless children out of an 1892 Strathcona School class picture.