The devastating losses at the national museum in Rio De Janeiro in early September reminded me of the sad state of the Bradford archives I visited in the spring, and the high cost of cultural preservation.

In Rio de Janeiro, hundreds of residents stood outside the shell of their national museum, crying and speaking of intense sadness at the loss which has been blamed on funding cuts in recent years that left the institution with few functioning fire extinguishers and smoke detectors.

The science and practice of conserving museum artifacts and archival records requires knowledgeable staff and expensive storage materials and facilities, an expense not well understood or obvious to the public, and so, easily cut from a budget line.

Documents and artifacts deteriorate at a surprising rate when temperature and humidity are not carefully managed, and in most archives, costly devices are installed to control these conditions and are checked and analyzed frequently.

Conservators working in museums and archives, use their extensive scientific training to tease out solutions to problems of deterioration of photos, paper documents, and other items to make repairs and halt the process of deterioration as much as possible.

Most archives also store documents in expensive acid-free folders and boxes to slow down deterioration of documents from acidity emanating from the paper itself and coming from the surrounding environment.

Some archival collections also hold images that exist only in the form of a glass negative, thick and heavy.  And, of course, fragile; requiring costly and specialized storage and handling conditions all their own.

I don’t know enough about the science to go into the details but I have seen the results and you have too, no doubt, in your own collection of old photos where the colour has washed out from age, or have gotten moldy and stuck together from being kept in a humid place.  Or on documents where the ink has faded altogether, making them virtually useless.

It takes a lot of time to do what can seem like the simplest research in an archives.  You think you’re going to look up where someone lived or what a lot size was or if someone was a city counsellor in a given year.

It sounds straight-forward but chances are it won’t be.  Directories for a given year may only be arranged by address. Assessment rolls for given properties may have been lost in a fire many years earlier.

Missing records – for any number of reasons, or changes in policy that affect records organization can all add precious minutes to your research.

Other things you’ll need to allocate extra time for include tracking down the right  fiche/film for the records you’re looking for; loading it; winding it (sometimes manually) until you reach the record you’re searching for.  Then re-winding the film and returning it.

Another set-back to quick research could be time you’ll need to spend reading antiquated hand-writing.  Or trying to use logic and ingenuity to decipher abbreviations – sometimes for terms no longer in use.

You could have to wade through many pages or even folders-worth of correspondence – most often not subject-indexed,  before you glean that one little gem of information you were looking for.

It’s all part of the time it takes to do archival research and a phenomenon of the kind of document repository it is – namely one created to track the administrative work of the governing agency (city, province, church, society, etc).

It’s good to remember that archival records weren’t created  for you as a future researcher. It’s just a happy coincidence that so many of these records prove valuable for so much contemporary research.

One of the biggest challenges inherent in archival historical research is figuring out how records or documents are organized.

A cardinal rule of archival arrangement is that records are kept in the order in which they were created. That’s because documents found next to one another can give clues about  the way different records were created or used, and about the reality of life at the time. It also explains the rationale for some of the custodial work of archivists and the instructions you are often given to use a set of documents. It’s essential they remain in the order in which they were found – or given to you to use.

It’s part of what makes archival research challenging but, in my opinion, also interesting because it gives a portal into the thinking of a past era.

While doing your research, it may not be apparent how a set of files or documents are arranged.  This might be explained in material accompanying a set of documents, probably written by the archivist who processed the records.

But in many cases – mostly to do with time and budgetary priorities – you’ll be on your own to work out the system in which the records have been arranged. You’ll have to look at them with a critical eye to figure out the system that exists, so you can use the records most effectively.

Think of it as an adventure! Because otherwise you could become very frustrated.

An archives is, often and strictly speaking the records created in the course of the daily work of a business, society, church, club, or government agency or department.

These records include documents such as letters (correspondence), minutes of meetings, work-flow documents, registrations forms, records of employment. cemetery registries – all that kind of stuff.

They are the tracking, book-keeping, and monitoring documents created by, for example finance department could  know who to send the property tax assessment to. Or so that plots in different parts of the cemetery were assigned to the next person to be buried there. Or so that the health inspector knew who the owner was if  a customer complained about the cleanliness of a restaurant.
The department or organization that created these records probably had no thought to researchers of the far future who might use them as a means of tracking down relatives,  figuring out the comparative value of land over time, or compiling stats on tuberculosis deaths in a given year.

They collected information and instructed their staff to manage it based on what that administrative department found most useful or pertinent at the time and for the purpose the records were intended.

They would have been compiled in a way that made sense at the time based on their needs and uses, something that may be unclear or even illogical to a present-day historical researcher.

Documents could have been organized according to address, legal address, or name of an applicant. They could be in chronological order based on the date someone applied for a building permit. Or they might be arranged in some combination of these. 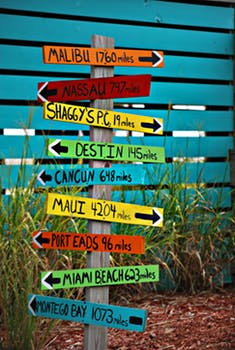 If you realize you’re at a point in your research that you need to use an archive the first thing you need to do is figure out which, if any archive, will hold the records you need.

Because archival collections are, strictly speaking, collections of one-of-a-kind, original documents (artefacts), it follows that they’ll only be found in one place (with a few exceptions of copied artefacts).

This post is the first one to help you figure out which archive to go to for your research,  starting with an overview of areas of responsibility between municipal, provincial, and federal jurisdictions in Canada. And since I’m most familiar with the archives in my home-town of Vancouver and my province of British Columbia (BC), I’ll be using many examples from these repositories.

I’ll try to make this as simple as I can 🙂

The majority of archives fall under the jurisdiction of some level of government – whether municipal, provincial, federal in Canada – or some other division of power in the country whose records you are seeking.

You’ll need to know which level of government is responsible for what in order to know which archive will hold the records you want to look at.

For example, you’ll find the administrative documents that were used to run the various departments of the Vancouver’s city government from the date of incorporation (April 6, 1886) at the city of Vancouver archives.

These will include records created by the city’s departments, committees, and councils including police, fire, planning, engineering, parks, city manager, etc.

At provincial-level archives you will find administrative documents that were used to run all the various councils, committees, and departments of the provincial government from the date of formation of that province.

The records at BCCARS includes those created by departments that have carried out responsibilities that fall under BC provincial jurisdiction, as determined, with some exceptions, by federal law.

In a nutshell, here are the areas of responsibility of provincial governments in Canada. Bear in mind that division of responsibility have changed over time so you may need to do some preliminary research to ensure you are looking in the right archive for the time-period you are researching.

But here they are, currently;  with some exceptions depending on the jurisdiction (particularly Quebec)

For federal government records, on the other hand, you will need to consult with the National  Archives of Canada (officially called Library and Archives Canada) to find records that fall under Federal jurisdiction.

Here are the general areas that the Canadian federal government is currently responsible for:

If you (brave researcher) want to delve further into this, here is the link to an article from the Canadian Encyclopedia about the division of power between the Canadian federal government and the provinces.

For countries other than Canada – comparable divisions apply but you will have to determine that from your own governmental websites.

Ok – so you’re doing historical research on an issue, person, building, or place and realize you need more specific or unique information than you’ve been able to find in books and on the internet.

It’s probably time to find out if there’s something in an archival collection that would help.

But what the heck is an archive?

The Oxford English dictionary defines an archive(s) as:

“A collection of historical documents or records providing information about a place, institution, or group of people”

Archives used to have a very specific meaning – though still obscure and  unfamiliar to most people – and referred to a physical place where original one-of-a-kind physical documents were kept.

This post, however, is about original kind of archive – the physical place where original (mostly paper) documents are kept.

Of course the definition of an archive doesn’t necessarily make it easier to understand so I’m going to make a few comparisons with libraries that I think will help make it more clear.

A library is something that most of us are familiar with and have been going to since we were kids – a place to get information about something we’re curious about or need to research. But that’s about where the similarity with archives ends.

A library contains mostly books that have been published which means that there are probably thousands of copies of most books available throughout the world.

You can go to a local library and find the kind of books you want by looking up the author, title, subject, keyword in the online catalogue, or by browsing the shelves within the non-fiction part of the library where other books on a related subject are shelved using some kind of classification scheme.

You can usually go right over to the shelves and help yourself to the books you’re interested in. You can take as many as you can carry to a table to look at at one time. And you can take most if not all of them home to borrow for a few weeks.

And there isn’t generally a problem with keeping your purse or bag or backpack with you in the library or with using a pen to take notes.

But mostly, you cannot do any of these things in archives.

So now that you have an idea about what an archives isn’t, I’ll delve into more into that in the weeks to come.